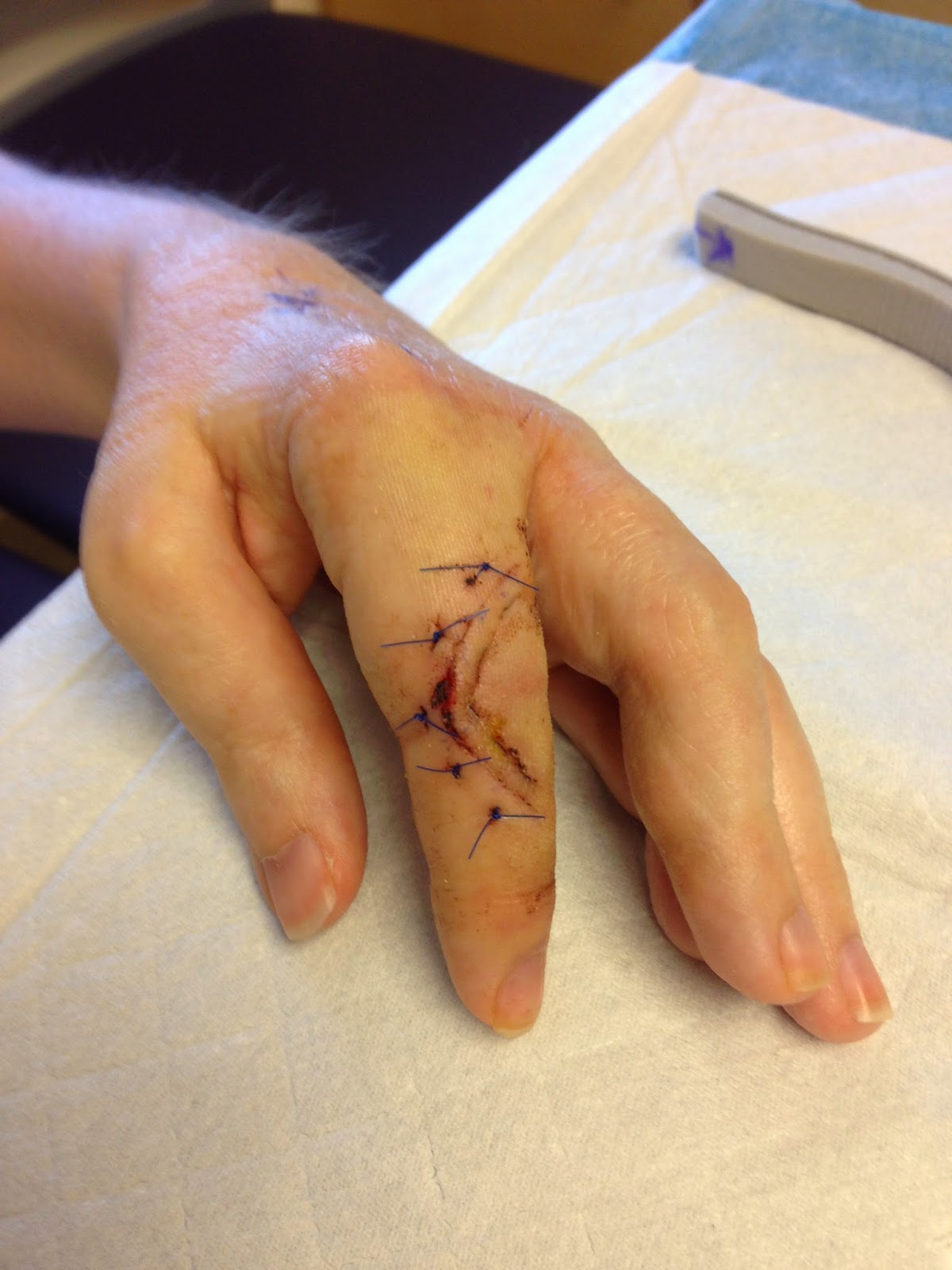 I can't believe how long it's been since my last post and how much things have changed since then! Not sure where to start actually.

I'm still on Enbrel and I'm doing very well on it! I'm taking 50 mg, once a week and it's made a noticeable difference in my pain levels and at my check-up last week my ESR count was only 9! The lowest it's ever been was 20 and that's when I was pregnant and feeling great. It hasn't fixed everything, I still have stiffness and pain but it's definitely an improvement. And I haven't had any problems with infections either which is great. Needless to say, I'm staying on the Enbrel!

Soon after my last entry I found out I had to have surgery to fuse the middle joint on my left index finger. I've suffered with a Swan Neck Deformity in the joint for a long time and it was painful on a daily basis. After meeting with an Orthopedic Surgeon, we agreed that the best remedy was to fuse the joint. I haven't had full range of motion in the joint for years, so fusing it didn't seem like that big of a deal...I was kind of wrong. My surgery and recovery went very well but I never realized how much the hyper extension actually helped me. My thumb is pretty bent up, so the hyper extension of the index finger actually allowed for some extra room to grasp larger objects. Now that the finger is permanently bent at 30 degrees, I've found it hard to grasp certain objects, like my daughter's bottles. Taking the splint off helped but I'm having to wear another splint at night that now helps the rest of my finger stretch and loosen up so that I can grab larger objects without my finger getting in the way. Things are getting easier but it's going to take time to get used it.

Right after my surgery, my son decided to start getting out of bed in the middle of the night, stopped taking naps, changed his eating habits and did everything possible to get our attention. I think he was feeling left out since everyone was having to help more than ever with my daughter and didn't care what kind of attention he got, as long as he got some. Luckily he's getting back to taking naps and sleeps through the night again but getting him to go to bed at night is still a bit of a struggle. Now he's experiencing Separation Anxiety, so we've given in to staying in his room until he falls to sleep and if he skips a nap from time to time, it's no big deal. We feel like he's still too young to fully understand what's going on and eventually when he does, then we'll explain to him that he needs to stay in bed and go to sleep even when we leave the room.

My daughter has been great through my surgery and all of her brothers sleeping problems. The girl can sleep through anything and has to be one of the happiest and most relaxed babies ever. She sleeps great, has cut two teeth without much complaint and is even trying to crawl and just barely turned 6 months old. She's had a few doctors appointments since my last entry and her heart murmur is gone! Whew!

Life with JRA and two kids is exhausting but full of surprises every day. They're my little miracles and I'm so thankful that I get to be their Mama.
Posted by Christina at 11:38 PM